While none of us can predict the future, based on our experience running East Lansing’s dedicated independent news service, here’s what we think are going to be 10 of the biggest stories ELi’s reporters will be covering for you in 2023.

1. More turnover in EL’s City Council. With Lisa Babcock moving on to East Lansing’s 54B District Court bench, Council will soon have to replace her with an appointee. (Applications are due by Dec. 28 at 5 p.m.) In less than a year, that council seat plus Jessy Gregg’s and Ron Bacon's will be up for grabs in the November 2023 election. With a lot of big issues facing the City Council year-round, the election for those three seats is likely to involve a lively race.

2. A new School Board, too. The seven-member elected leadership team for East Lansing Public Schools, including two new members, will need to deal with a number of continued stressors, including developmental and educational delays among students following the pandemic shut-downs, staffing shortages, and national political debates seeping into local discussions about curriculum and policies.

3. Tensions over policing and the perception of a rise of violence downtown. In the wake of a report by CNA, a Council-hired independent research group, on the policies and practices of the East Lansing Police Department, the department will undertake changes while also coping with low staffing levels. The year-old Independent Police Oversight Commission and the police administration are also struggling with questions of racism, power and what constitutes appropriate action. And all this is taking place against the backdrop of the public perception that there has been a significant rise in violent crime within the city’s borders, particularly late at night downtown.

4. Senior life in East Lansing. Senior citizens in East Lansing are becoming increasingly vocal about the challenges they face, including problems they want fixed. These include what is described as a lack of adequate housing options and an inadequately supportive transportation infrastructure for those who don’t drive. Based on what’s happening now, we expect the senior voice to continue to increase in East Lansing politics in 2023.

5. Housing in East Lansing. Lots of people point to the problem of high rent and house prices, which drive many families with school-age children, graduate students and people on limited incomes to find housing elsewhere. In 2023, we expect to see more movement to address this concern including with a potential new development on the northwest side of town and consideration of allowing accessory dwelling units in some neighborhoods. Meanwhile, funded by $35,000 in public dollars okayed by the City Council and Downtown Development Authority, Artspace will be conducting a Phase II study to move in the direction of determining whether that nonprofit developer will build affordable live-work space for “creatives” here.

6. Development in the Valley Court Park area, including the DDA’s Evergreen Properties. It’s quite hard to predict what’s going to happen with all this in 2023. City staff have secured a $1 million grant from the Michigan Economic Development Corporation (MEDC) to renovate Valley Court Park, but public reactions to the initial plan have indicated that many want a different plan. Meanwhile, as the downtown MSUFCU building gets ready to open in 2023, the DDA has decided to give one developer another six months to come up with a new plan for the DDA’s properties next door.

7. Managing the stress of environmental changes. It’s not just that climate change is bringing more intense storms and more flooding as we reported in our coverage of the investigation into last year’s flooding of homes. There’s also the issue of wildlife here reacting to changed environments, as homeowners deal with more skunks, raccoons and deer (and the question of what to do about the deer). And we’ve seen more residents and city staff concerned recently about the cutting down of mature trees, something that can add to flooding problems. We’re expecting to cover all this as well as other environmental issues, like the management of East Lansing’s water system and recycling program, in 2023.

8. The City of East Lansing’s finances, and the relation of that to the DDA’s. While the city made significant progress in the last couple of years on funding its pension obligations thanks largely to the income tax, the stock market downturn of 2022 is expected to hit hard. Expect Council to be making some tough decisions come budget time to make ends meet. And while the City struggles to increase revenue, the DDA is about to see a big and steady revenue increase thanks to a special tax diversion scheme that will redirect property tax revenues from large new buildings from the City’s general fund to the DDA. What will the DDA do with its new economic power? We’ll track it for you.

9. Town-gown relations. Will the topsy-turvy leadership scene at MSU settle down in 2023? One thing is for sure: East Lansing and MSU will necessarily continue to weather political storms together, as Interim President Teresa Woodruff recently suggested in an interview with ELi. But what will be the effects on East Lansing of the university’s leadership shift, the sophomores-live-on policy, and MSU’s continued growth in student enrollment and big research projects like the FRIB? We’ll be tracking this.

10. What else? Whatever other big East Lansing stories crop up in 2023, we'll be sure ELi’s reporters are tracking them for you, so long as we have the resources to do so.

And please, consider making a tax-deductible donation to ELi today while we have $7,700 left in matching funds to double your gift! These funds run out on Dec. 31.

ELi is currently 63% of the way towards raising our budget for 2023. Learn more about our $175,000 budget for 2023 and our Annual Campaign or just jump straight to donating. All the ways you can donate today are listed here. Every donation matters. Thank you!

Correction, Dec. 27, 9 p.m.: This story has been corrected to note that Ron Bacon's seat on Council will also be up in November 2023 for election. 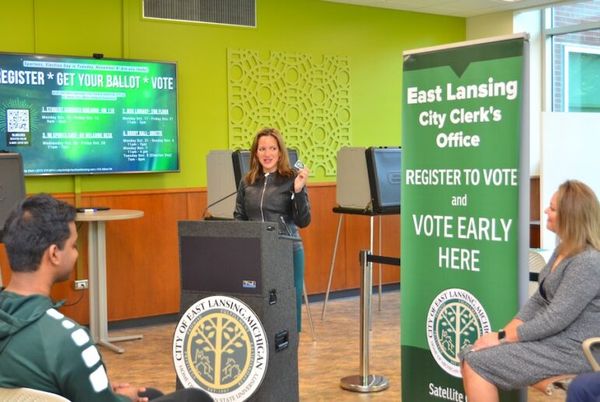 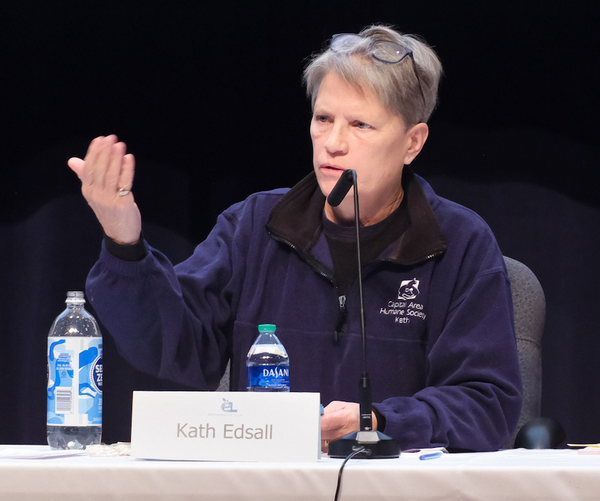